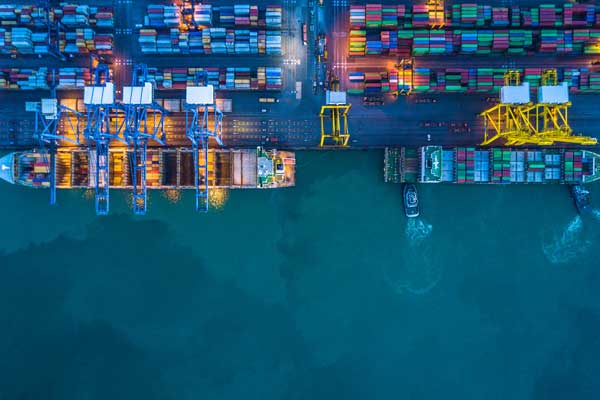 How can we conceive and build Sustainable Infrastructure?

How Can We Conceive and Build Sustainable Infrastructure?

Until recently, the logic in infrastructure development has been the primacy of economic profit. Without overlooking some quality and performance standards as without these, this profit would never be achieved. However, the passing of time and the increasingly extreme climatic conditions have put traditional infrastructure in jeopardy. We often see how essential services and infrastructures suffer supply shortages, put human safety in great risk, and bring with them high repair or maintenance costs. Quite the opposite of the main goal: economic gain.

Two key points to reverse the situation: sustainability and resilience. Until now, these have not been considered as part of the infrastructure lifecycle. The U.S. Administration has been the latest to legislate on this issue with a law – Infrastructure Investment and Jobs Act – that sets out more than a trillion dollars to refurbish the infrastructure nationwide. From roads and bridges, right up to a power grid more suitable to the energy transition and improving the water infrastructure, which is increasingly vulnerable to inclement weather.

“Water is a source of essential energy. But it is not only energy, it is also essential for agriculture. If we don’t protect our stored water sources, agricultural production suffers. Water is central for our homes, cities and our well-being. Much infrastructure depends on water so we are forced to integrate sustainability as an organizing principle to respond to these needs”, explains Dr. Afreen Siddiqi, researcher and professor of the Sustainable Infrastructure Systems: Planning and Operations online program provided by MIT Professional Education-Digital Plus Programs, in the latest episode of the The Digital Journey podcast hosted by MIT Professional Education.

The voices that are most reluctant in prioritizing sustainability point to the high costs. They have a point: the transition is not free. The latest projections from the International Renewable Energy Agency reflect that, achieving the Paris targets by 2050 requires investments of $4.4 trillion per year into low-carbon energy alone. Public-private cooperation is vital in getting investment under control and well managed.
Thus, it is important to point out some examples of orderly transition that have brought about positive results. In Medellín, Colombia, they have created up to 30 green corridors in the city. With this action they have managed to reduce the temperature of some areas by 2°C. Additionally, dozens of professionals have been employed in gardening and some areas have been recovered that were isolated by waste dumping.

In Singapore, the third most densely populated country in the world, they have managed to improve drainage systems to further reduce the threat of floods in monsoon seasons. There are 17 reservoirs in the country, more than 8,000 kilometers of canals, and up to 32 rivers. The management of water has always been pragmatic, but not so much in tune with the city or social activity. After a number of years of sustainable development, the city has transformed and is today referred to as the city of gardens and water.

Another example is that of Mercamadrid, which houses the second biggest fish market in the world. A 42,600 m2 area whose air conditioning has been an intense puzzle for years. The conditions of the facility made it impossible to implement a common solution. Therefore, in 2018 a project was launched to improve the facility. Through the evaporation of humidity, they managed to include filtered air at a low temperature into the facility without the need for compressors or gas, and at a lower electricity cost. A solution based on the energy efficiency and sustainability that was able to reduce the temperature by up to 5°C.

Until the sustainable infrastructure reaches a significant scale, investment will be higher than the conventional infrastructure. This does not prevent highlighting the impact of the traditional practices. Construction is an industry responsible, directly or indirectly, for almost 25% of greenhouse gas emissions. And it creates around 20.4 million tons of waste in a single year from building and demolition.
The dilemma between sustainable innovation and maintaining existing infrastructure is still being discussed both in public and private sectors. “We live on a finite planet with finite resources. Eventually, we will face resource limitations. The sooner we recognize that interconnection, the sooner we will be able to make informed decisions”, concludes Dr. Afreen Sidiqqi.

We are running against time. Therefore, the world’s leading knowledge centers committed to scientific and human development, such as MIT Professional Education, are designing training programs so that professionals understand, master and lead change in the place that will be home to us all: the future.