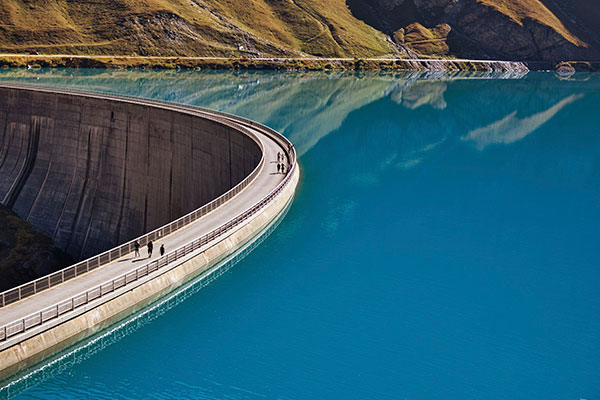 Rethinking Cities: The Challenge of the 21st Century

Rethinking Cities: The Challenge of the 21st Century

Cities have been traced back to the year 9000 BC, originating in the Fertile Crescent of the Middle East. Small communities left nomadism behind to come together in cities and gather food, hunt animals, and fish in nearby rivers. This form of social organization is still prevalent today, and as more people flock to cities, the trend continues. In fact, according to the United Nations, in 2030 there will be more cities and megacities (cities with more than 10 million inhabitants) than ever, with 60% of the global population residing in urban areas.

The proliferation of cities brings obvious benefits: well-being, economic prosperity, and opportunities for inhabitants. However, overcrowding gives rise to a series of prevalent challenges, including demographic, social, and environmental imbalance. If this trend cannot be reverted—if the opportunities offered by cities outweigh the reduced costs of living in rural areas—, an innovative solution must be developed. 5Rethinking becomes necessary to rethink our current city model in a realistic way, acknowledging that they will account for a major percentage of the world’s population and a massive influx of people.

“People’s routines are changing with growing consciousness for the environment—it’s a sign of a transition that is now underway. However, this change in mentality must be accompanied by sustainable infrastructure. Namely, the cities we inhabit, the bridges we cross, the roads we travel on, the energy we consume, and the means of transportation we employ must be intentionally sustainable,” says Afreen Siddiqi, researcher and instructor of MIT Professional Education’s online program Sustainable Infrastructure Systems: Planning and Operations.”

This international concern is reflected within the UN, which has included sustainable infrastructure as part of the ninth Sustainable Development Goal (SDG). Additionally, countries are facing increased pressure from different international organizations, including the UN itself and multilateral forums such as G20 or G7 to invest more in so-called ecological infrastructure. The post-pandemic landscape—a global supply crisis, mismatch of demand, high dependence on specific materials, and stratospherically high energy prices—shows the importance of rethinking our currently existing infrastructure.

To Dr. Siddiqi, education is essential to avoid falling into clichés. “We live on a finite planet with finite resources. Eventually, we will face resource limitations. The sooner we recognize this, the sooner we will be able to take informed action.” Education is the optimal way to reduce the gap between legislators and ordinary citizens who, due to lack of awareness, view sustainability policies with reticence.

But what about the financial costs of this global transition? Nations around the globe are getting behind this initiative for its positive economic, societal, and environmental impact. The European Union, for example, approved one trillion euros in public and private funds for a transition to a green economy this decade. And the European Commission estimates that an additional US$260 billion per year will be needed to reduce emissions by 40% by 2030—large sums of money that promise a different future between now and 2050. But an ecological transition is not just a price tag. The New Climate Economy study, developed by the Global Commission on the Economy and Climate, offers a more positive perspective amidst a cloud of uncertainty: a transition to sustainable cities will save the planet $17 trillion.

However, a major, undeniable dilemma persists: transition entails a change from an old way of doing things to a new one. Because of industry’s interconnected nature, major changes cannot be made overnight or without concrete alternatives. The transition promises to reduce carbon footprints, boost renewable energies, create green jobs, and reduce inequality. But achieving these goals requires facts that confirm their benefits go hand-in-hand with these financial initiatives, along with widespread education.